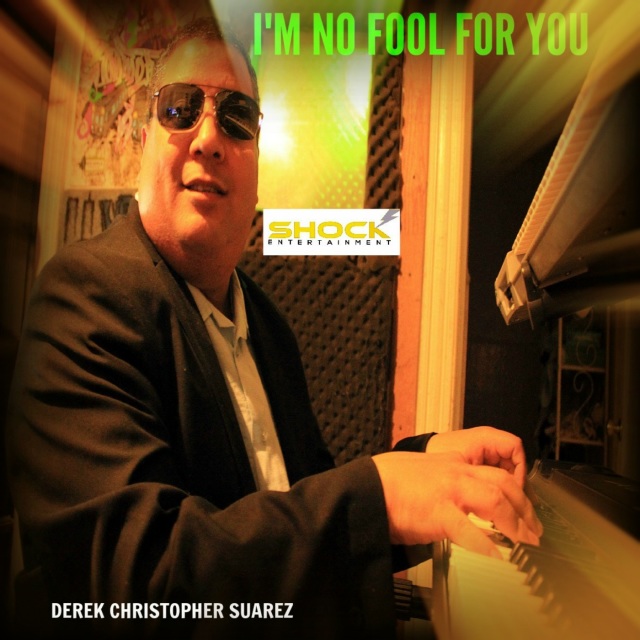 Derek Christopher Suarez - I'm No Fool For You

SKU: 731810
$1.00
$1.00
Unavailable
per item
Derek Christopher Suarez, born and raised in New York, New York, is a
versatile singer, musician, arranger and composer who specializes in
Latin music.  Legally blind since birth, Suarez has been performing
locally, as well as around the world, including in Russia, Cuba,
Guatemala and the Dominican Republic, both as a soloist, and in
several bands, most notably, Orquesta Palenque and Los Ciegos Del
Barrio.  He has recorded numerous albums as a musical arranger,
pianist, keyboardist, bassist, backing vocalist and lead singer.

Derek Christopher Suarez is a proud member of a musical family, which
includes his father, Marco, who was an accomplished Latin musician in
New York for over three decades and his twin brother, Alvin, who is
the band director of Los Ciegos Del Barrio, a highly successful
all-blind multi-genre group since 1997.  Derek has enjoyed having
performed with both of them, and gives much credit to his father,
along with high school music teacher, Eliot Osborne, for having taught
him the ins and outs of being a performer.  Through the auspices of
Project Troubador, an entertainment outreach organization headed by
Eliot Osborne, Derek has performed internationally for thousands of
people of all ages.

Derek Christopher Suarez's musical influences include Mark Anthony,
Juan Luis Guerra, Wilfrido Vargas, Carlos Santana and Grupo Niche.> Other favorites include Frankie Ruiz, Orquesta Guayacan, The Beatles,> The isley Brothers and Billy Joel.  Because of Derek's eclectic taste
in music, he is highly adept in fusing many different styles of music
together when composing and arranging.  He sings both in Spanish and
English, and is able to combine older, more traditional Latin rhythms
with more modern pop styles.  His powerful singing voice is considered
very passionate, expressive and versatile.  He harmonizes extremely
well as a backup vocalist, and projects just as well as a lead singer.

Derek Christopher Suarez is currently working on his first solo album,
and is poised to take the next step in his quest for continued
success.  His first single, Before We Say Good-Bye, which he wrote
at the age of 17,, was released in 2015 by  Shock Entertainment inc, and is already
gaining international attention and acclaim. in stores now and online

LYRICS
I’m no fool for you

You know that I don't want you back.
Don't need your company.

You know that I don't want you back.
Don't need you loving me.  No, baby!


So you think you're gonna hurt me, little girl.
You couldn't be more wrong.
Better keep it movin.'
Take that drama to some other guy, yeah yeah,
'Cause I'm movin' on.
Better him than me, now.

You know that I don't want you back.
Don't need more misery. Woo hoo!