President  Sylvia Miranda was installed as its leader during a ceremony in Manhattan last November.
Miranda replaces Major Luz Bryan as president of the society. Miranda said that she was shocked and surprised when Bryan suggested that she might step down as the long-time president.
“I think a lot of people were surprised,” Miranda said. “She told me that she thought it was time for her to turn over the reins and to take the organization to the next level. I know it was a difficult decision on her part and it’s a responsibility that I don’t take lightly. It gives me confidence that she trusted me.”
The whole board is filled with new officers. Evelyn Stewart is the vice president, with Mercedes Lockich as second vice president, Lissette Morales as corresponding secretary, Elizabeth Correa as recording secretary, David Salazar as treasurer, and Edwin Colon in charge of health and welfare.In Brooklyn, Carmelo Correa is the regional director. Michael Santos is the regional director in Queens, Lily Marquez is the regional director in the Bronx, Ada Molina is the regional director in Staten Island and Mizrain Cortes is the regional director in Manhattan.
Miranda explained that the timing of the change is significant because she and the new board will be in charge of hosting the society’s 25th anniversary event. There is no date set, she said. That will come once the society chooses a keynote speaker.
“The Cervantes Society really changed the dynamics of the court system in becoming more diverse,” Miranda said. “We’re planning a big celebration. We’re going to reach out to all of the founders. We’re hoping to use the anniversary to reconnect to old members and to create awareness of the society because there is still work to be done to make sure that Latinos are well represented in the courts.”
The Cervantes Society started in 1996 when a few Hispanic court employees casually discussed the need for a group to represent their interests. It has now grown into a statewide group that regularly hosts programs in Brooklyn and across New York City.
Miranda, a Queens resident, Bronx native and Wesleyan University graduate, is relatively new to the Brooklyn courts. She started working in Queens Supreme Court five years ago, but was more recently moved to Brooklyn where she works for Chief Clerk Charles Small. She said that it was Bryan that talked her into joining the society five years ago.
“When the major asked me to join, I said, ‘of course,'” Miranda recalled. “Slowly, I began participating in activities, coordinating events and volunteering. When elections came up this year, that’s when the major said that I can lead this organization.”
Miranda said that in addition to planning a 25th anniversary celebration, she also hopes to co-sponsor more activities with other groups, such as the Foundation for the Judicial Friends. 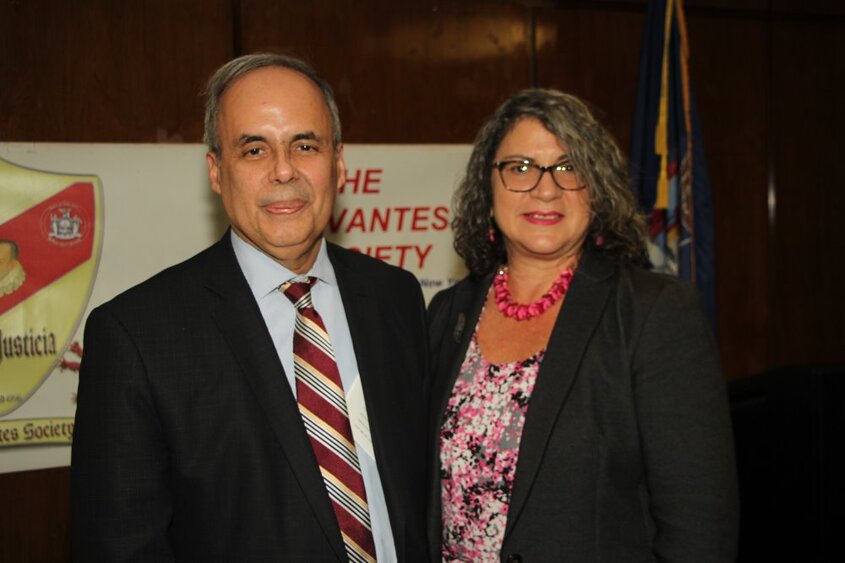 Retired justice Ariel Belen, who performed the installation ceremony, with Sylvia Miranda, the new president of the Cervantes Society of the Courts of New York State. Eagle photos by Mario Belluomo 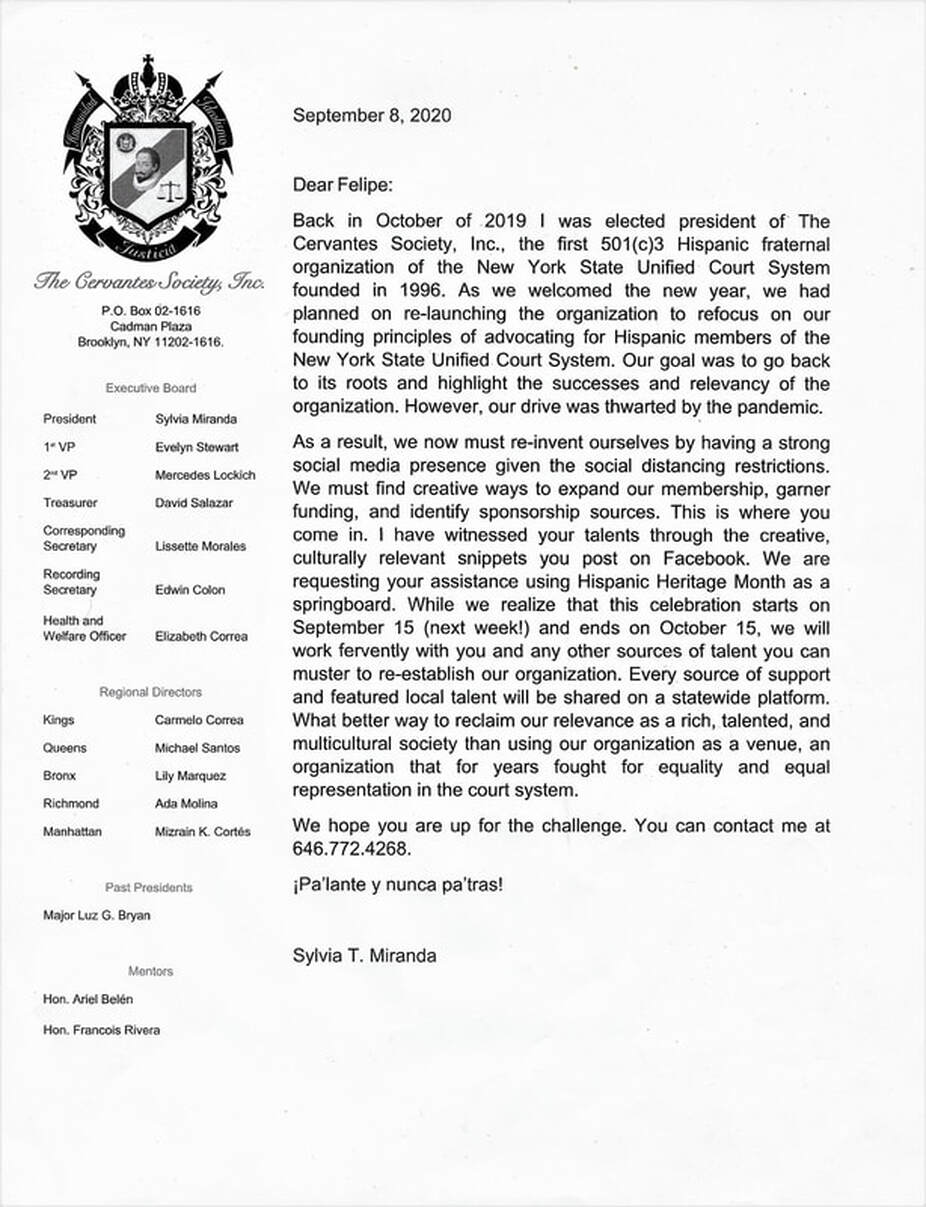 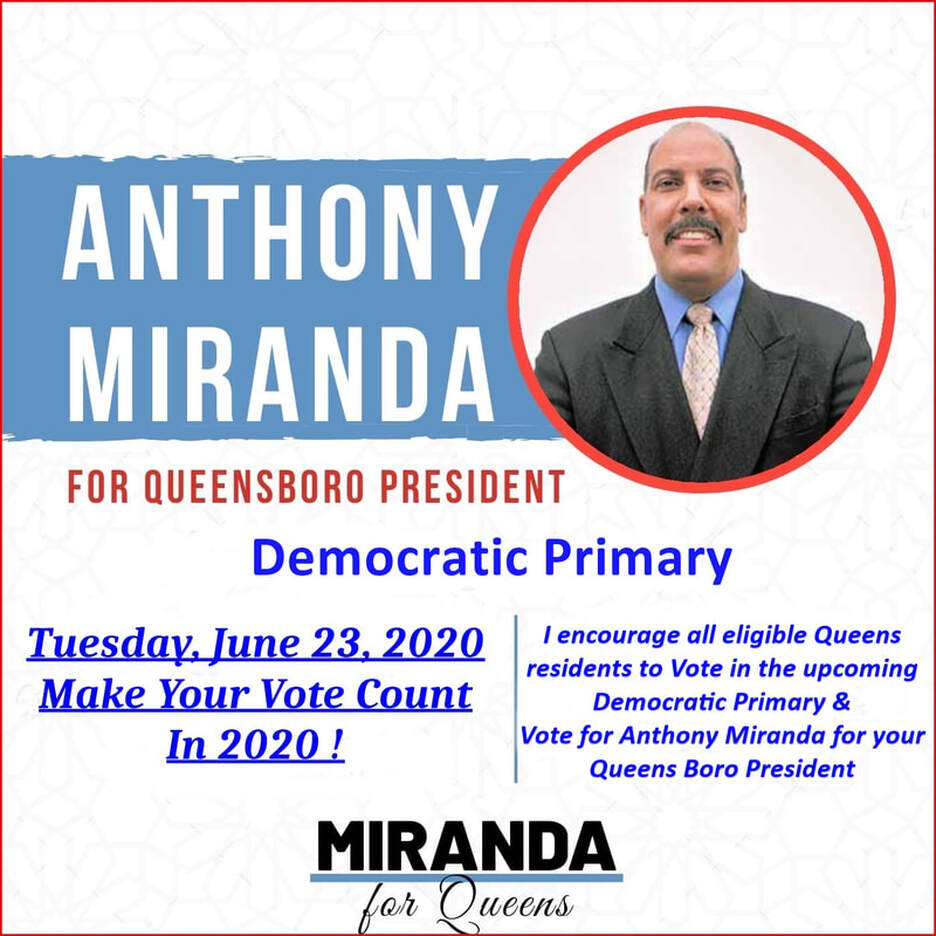 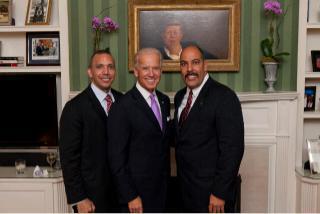 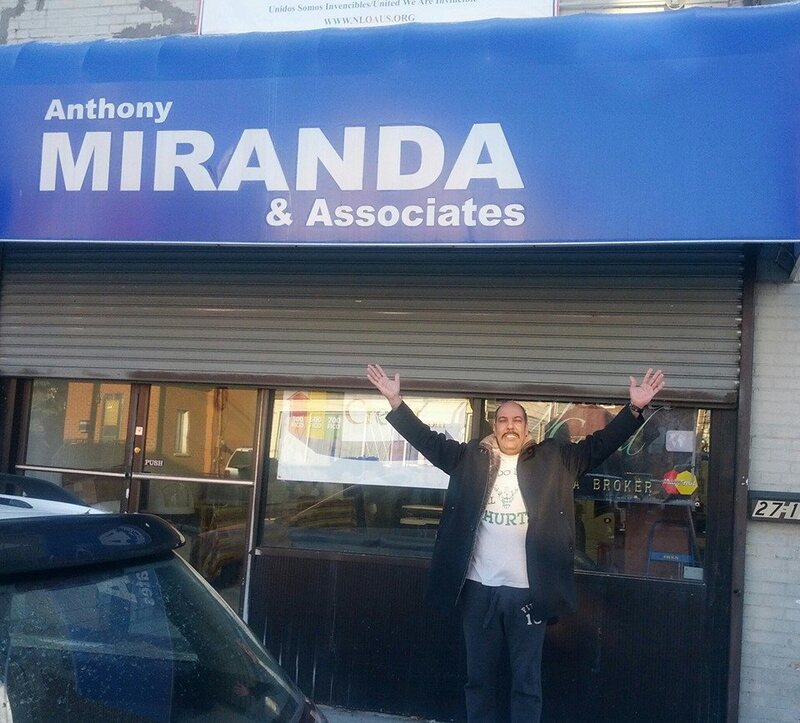 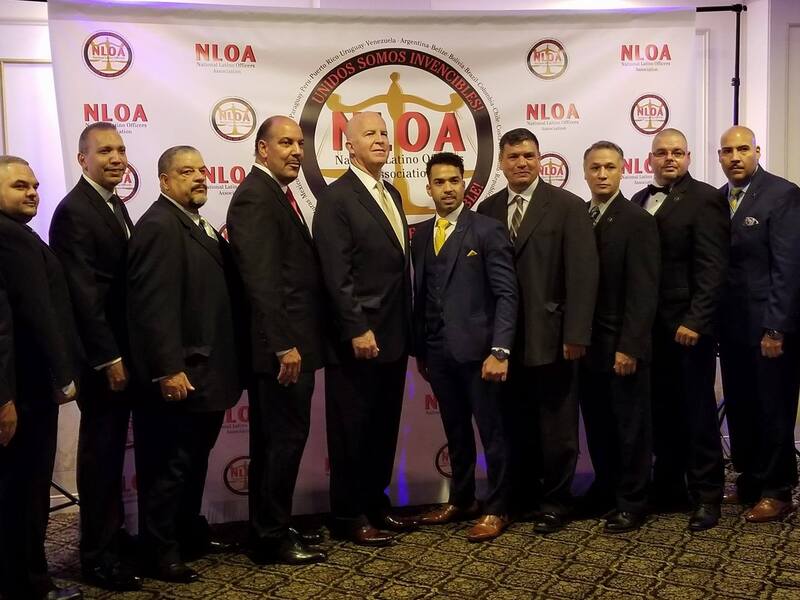 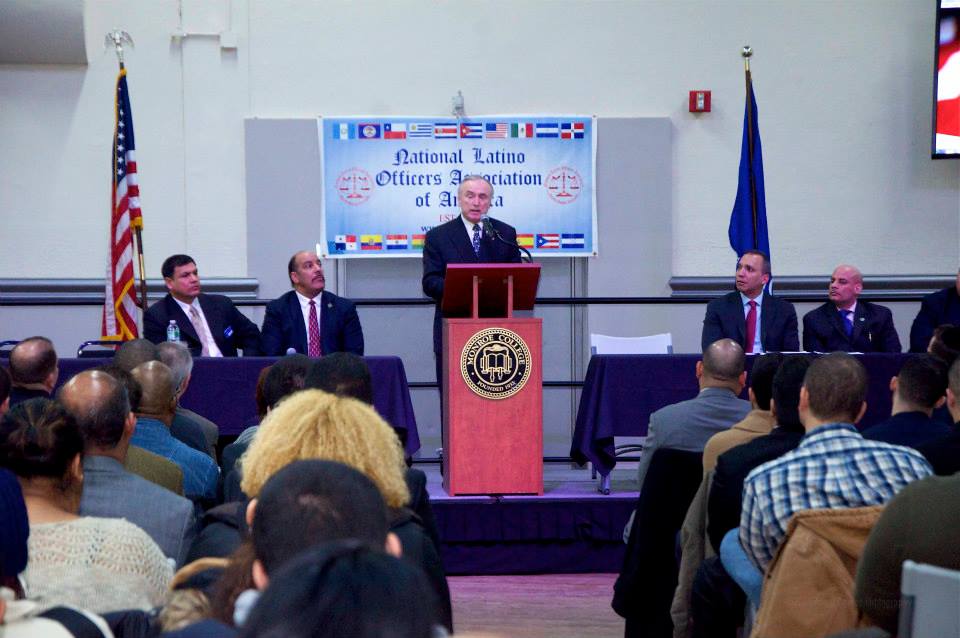 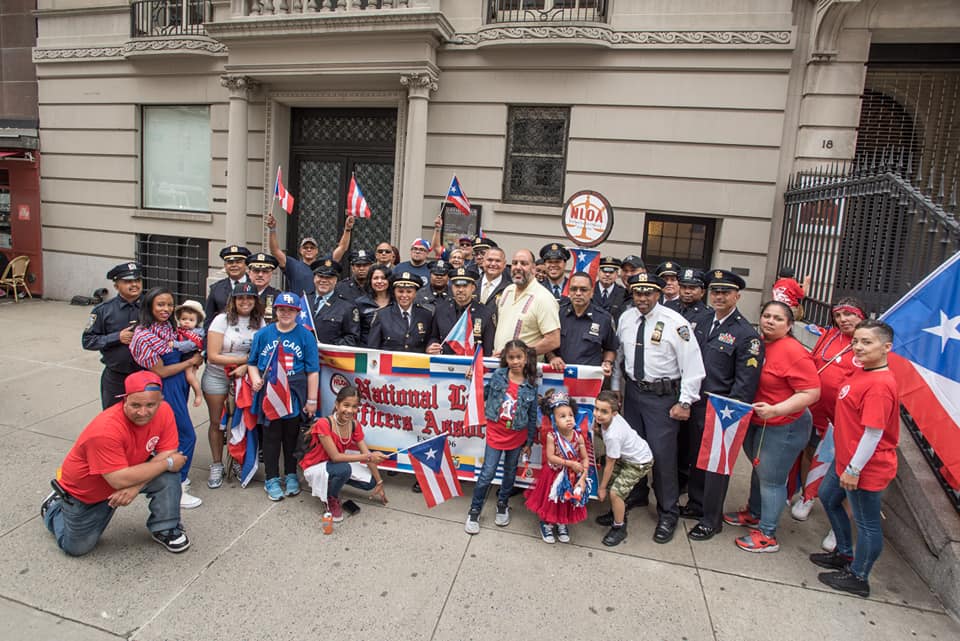 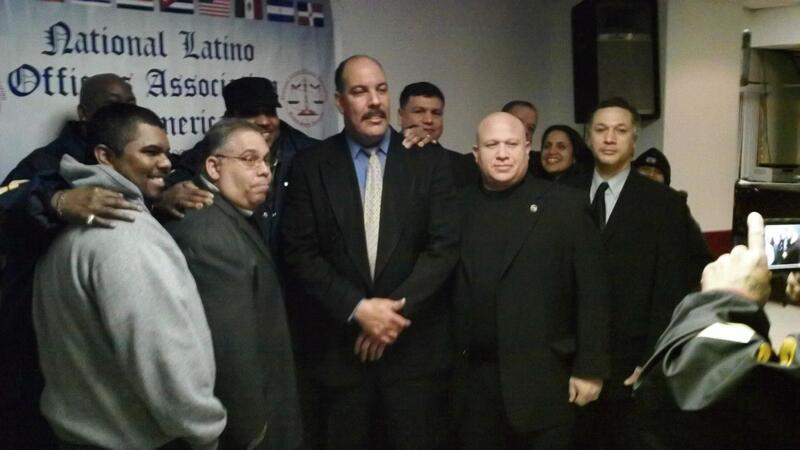