SHOCK ENTERTAINMENT INC.
The Mary Mitchell Family & Youth Center
is a community controlled community center. Our mission is to improve the lives of families and youth in the Crotona section of the Bronx through programs that expand opportunities, develop leadership and building community. The Center opened in 1997.

Classes are Free or Low-Cost.

Saturday Class: September - March from 10am-1pm.
There are three classes for new immigrants. (Classes are conducted in Spanish / English)

Classes include: English as a Second Language, Civics Classes and Basic Education Classes.

Individual assistance for the citizenship process is provided to individuals by appointment.

There are 5 components of the Mary Mitchell Health Initiative.

1.Healthy Lifestyle Policies: No junk food during MMC events, take the stairs and No Smoking near the building.

MUSIC INTERNSHIP
Learn how to be A professional music producer -CLASSES WILL BE AT SHOCK INC LOCATION
Please signup if you are interested in receiving a certificate in music production, with SHOCK ENTERTAINMENT INC.  , look for music internship. if you pass our program you will learn how to record a song that is radio quality music. Plus you will have the skills to engineer you own music. you will receive a certificate from our company endosed and signed by THE MARY MITCHELL FAMILY AND YOUTH CENTER, and SHOCK INC.  CONTACT FELIPE FIGUE,
G-FORCE GABRIEL & SARA  MORENO ,
ISREAL GONZALEZ -HEIDI HYNES   http://themarymitchellfyc.org
718-583-1765    2007 Mapes Ave Bronx, NY 10460
YOU MUST PROVIDE A WRITTEN BIO OF WHY WE SHOULD PICK YOU FOR THE INTERNSHIP,
LEARN HOW TO BE A MUSIC ENGINEER, MUSIC PRODUCER
SHOCK ENTERTAINMENT INC
FRECORDSSHOCK@GMAIL.COM

Tableaux Multimedia​
[NEW INDIE MUSIC LABEL]
WE WILL BE AT THE MARY MITCHELL CENTER
2007 Mapes Ave Bronx, NY 10460
EVERY SATURDAY AROUND NOON 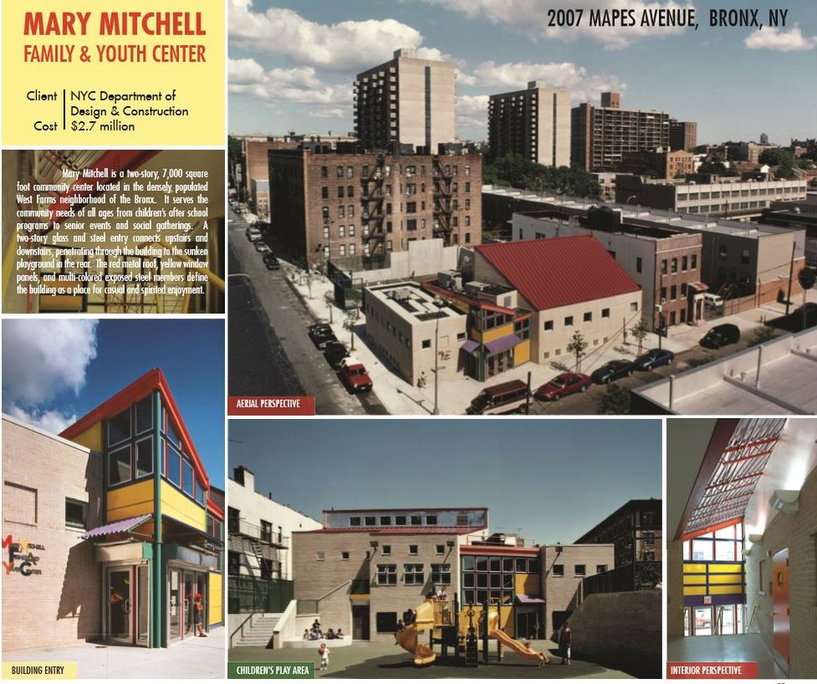 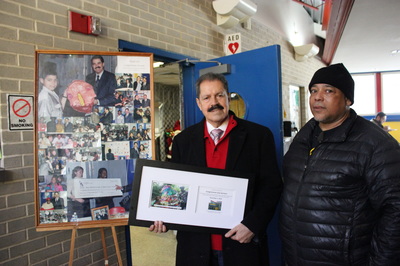 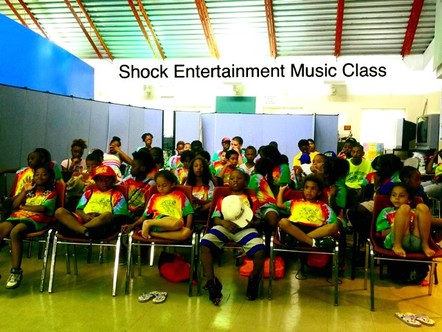 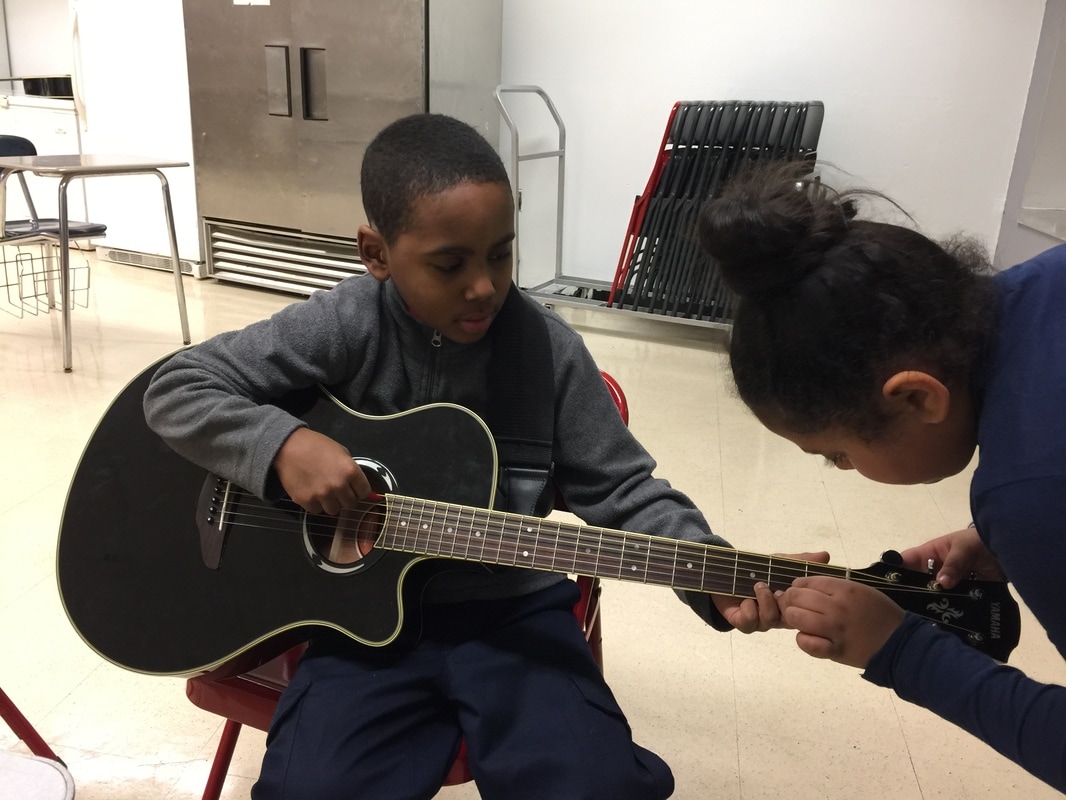 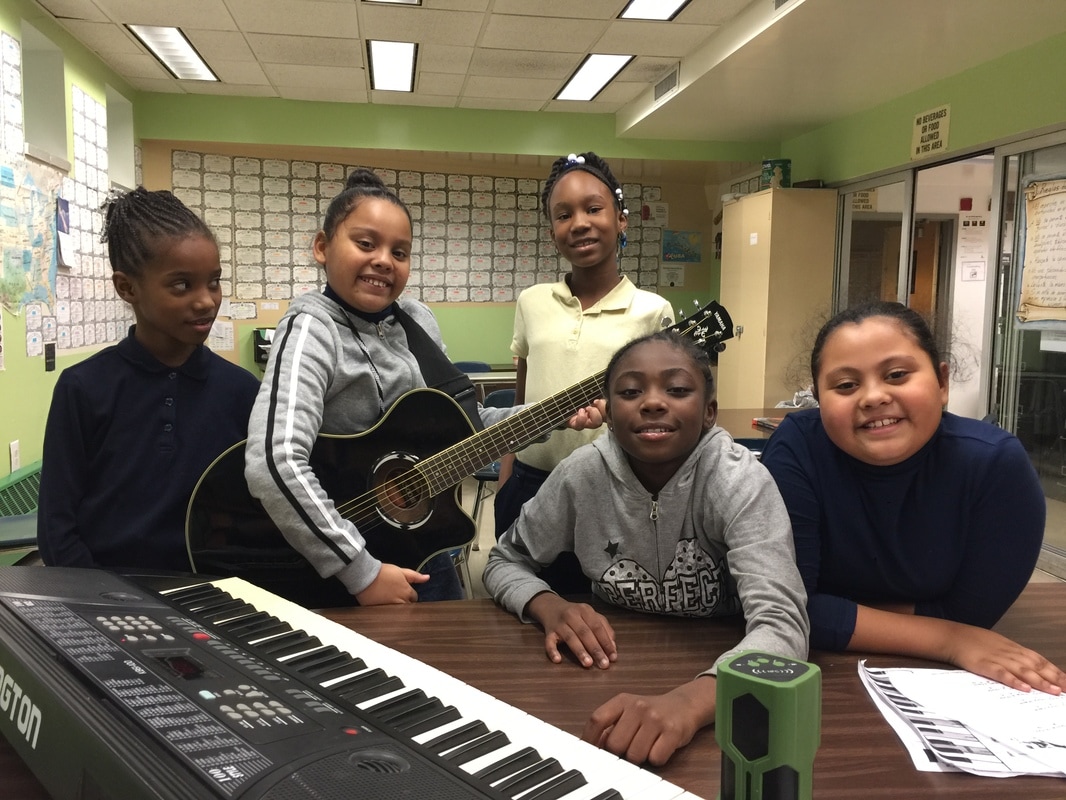 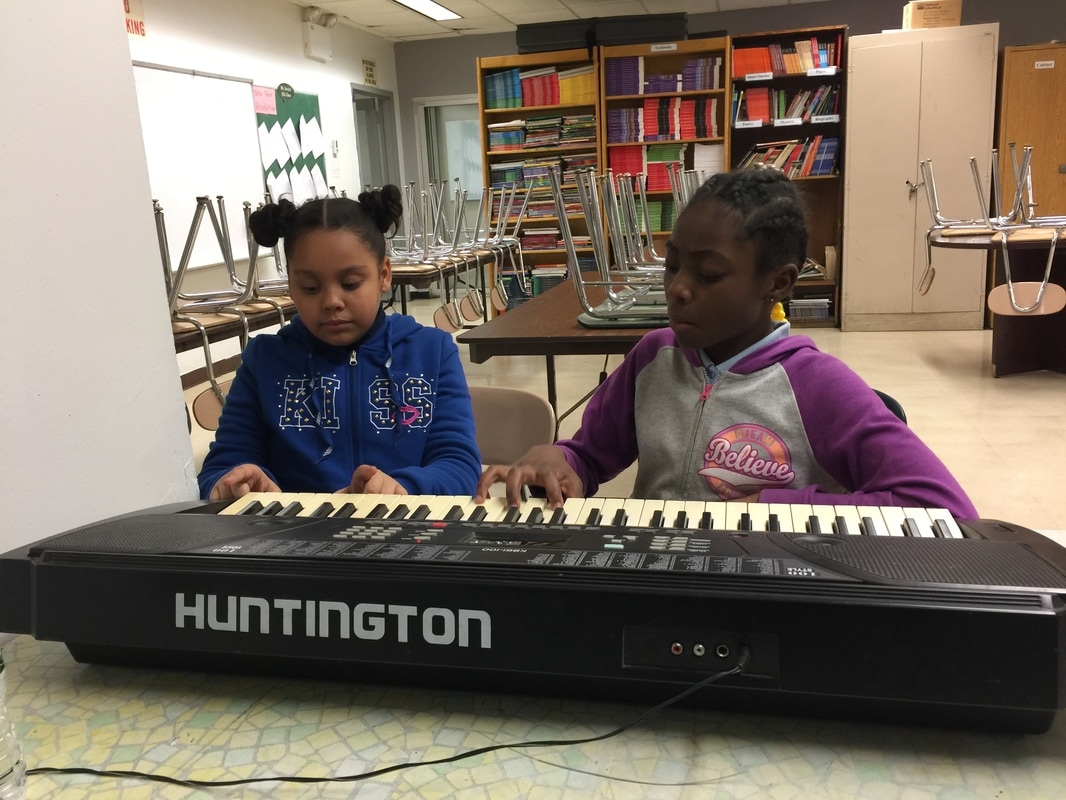 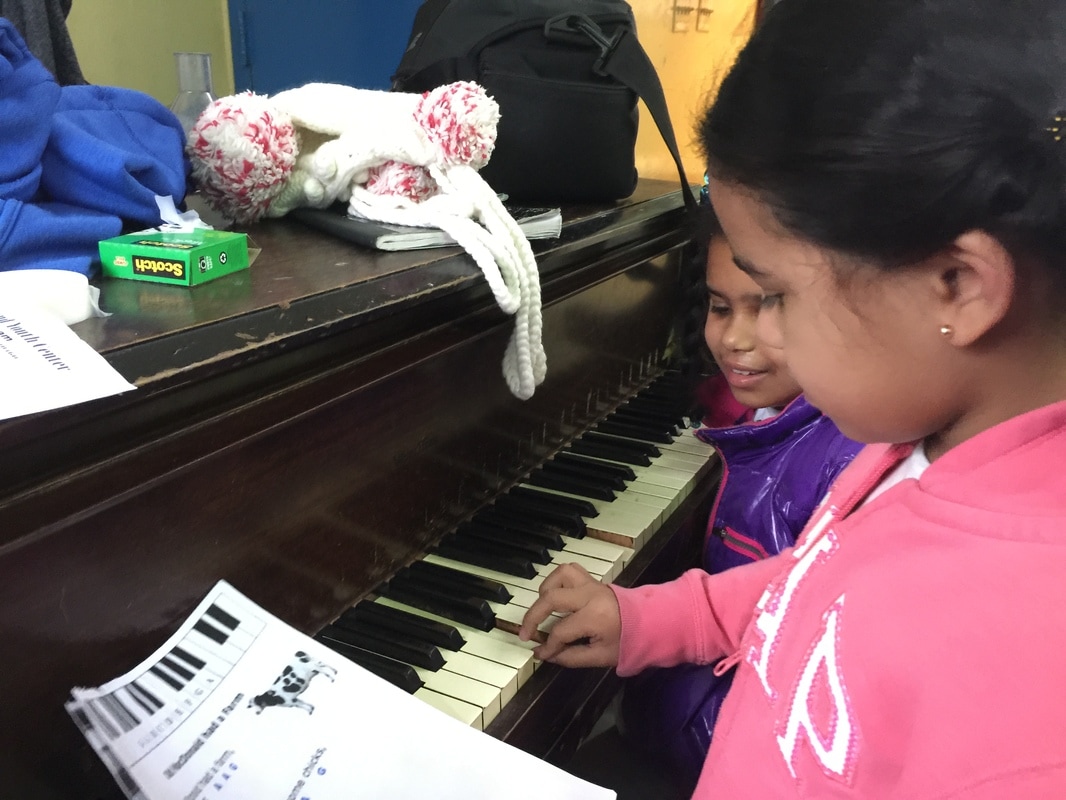 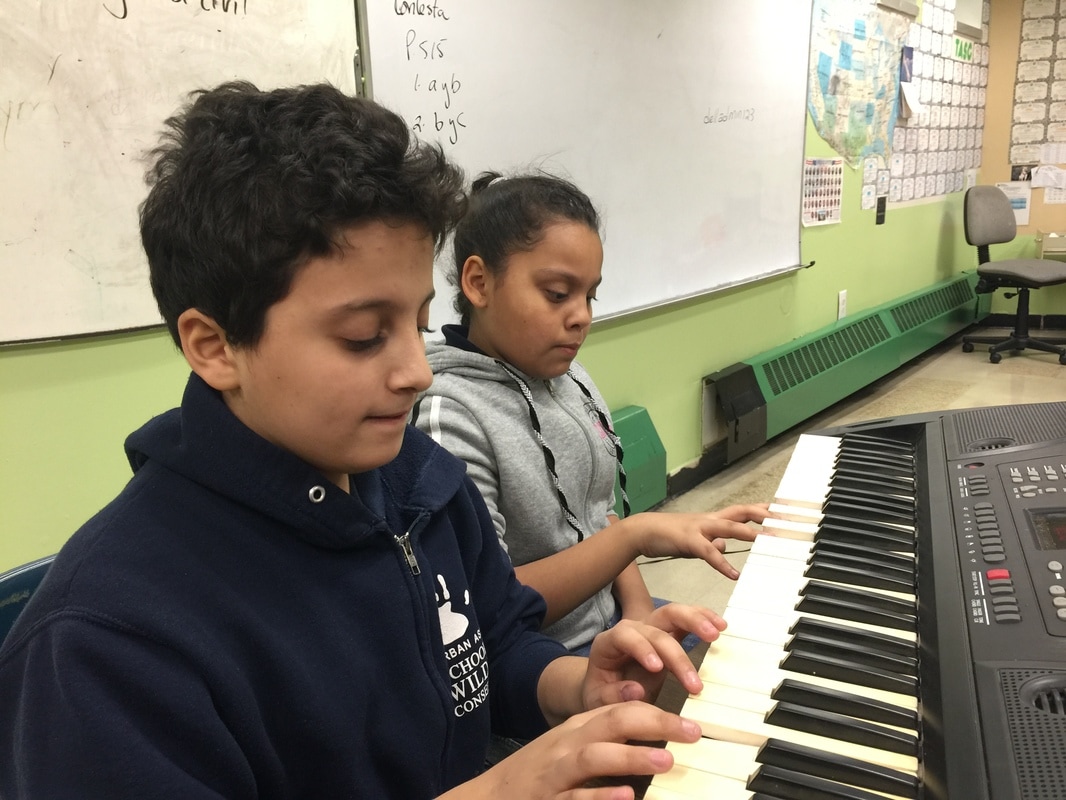 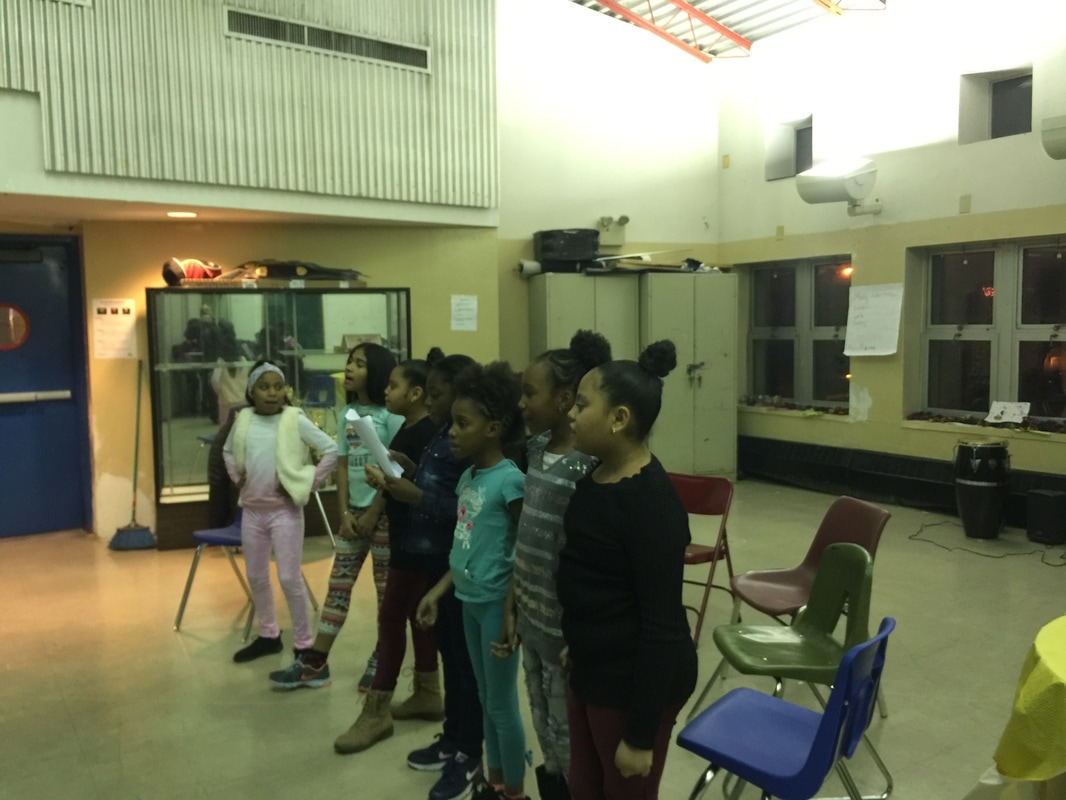 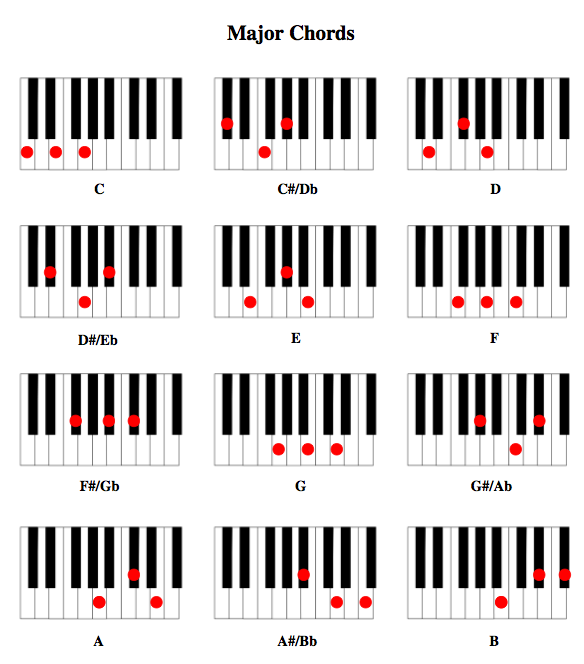 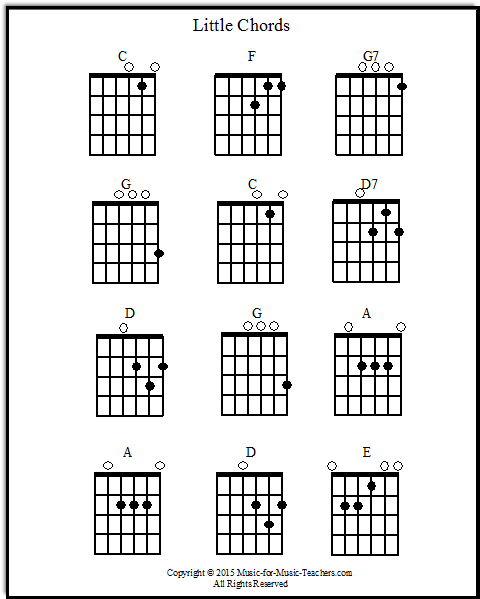 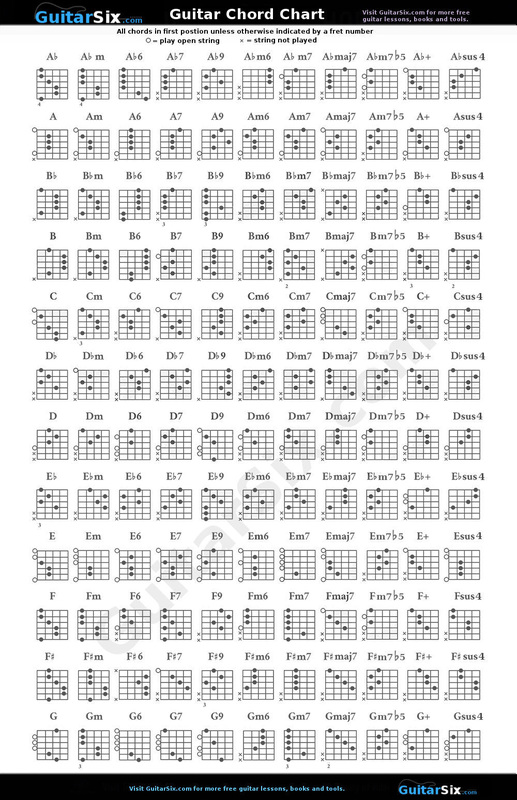 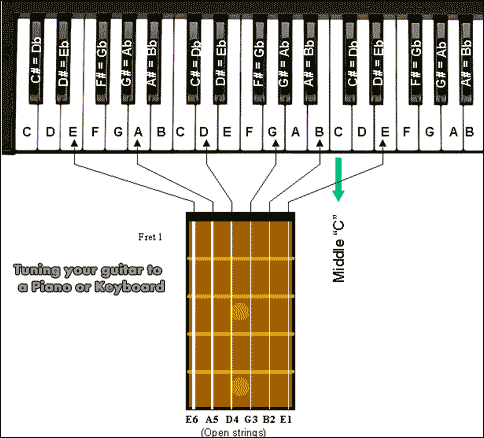 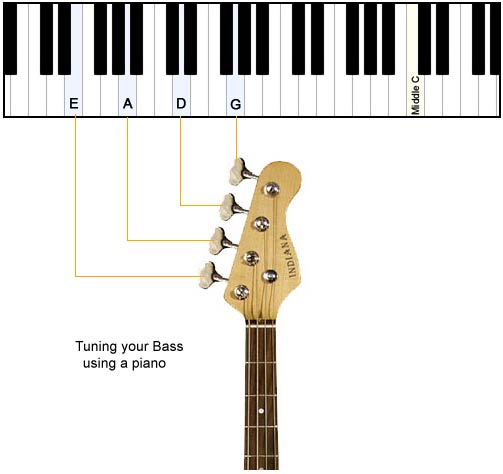 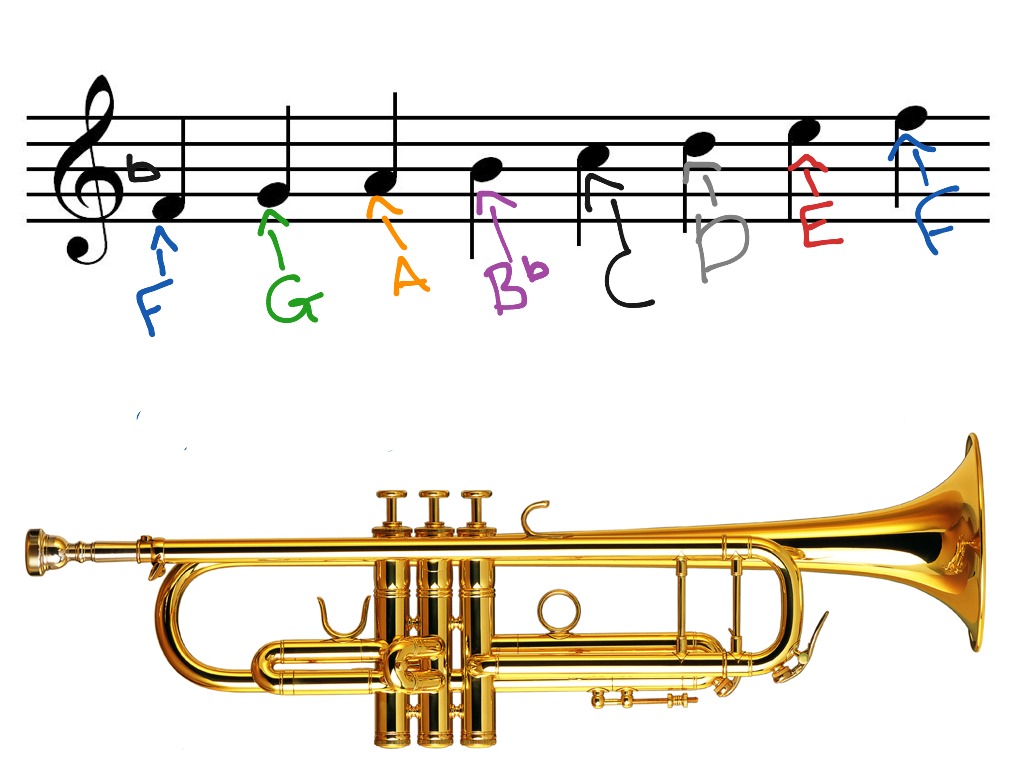 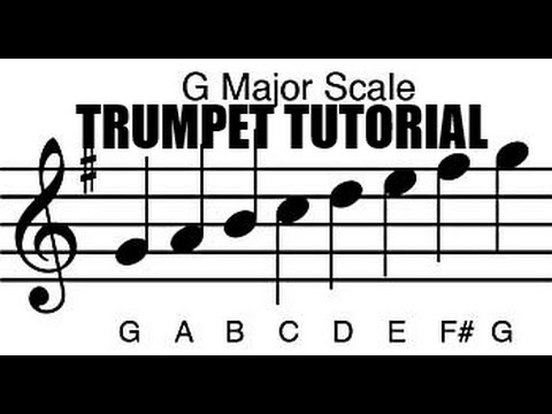 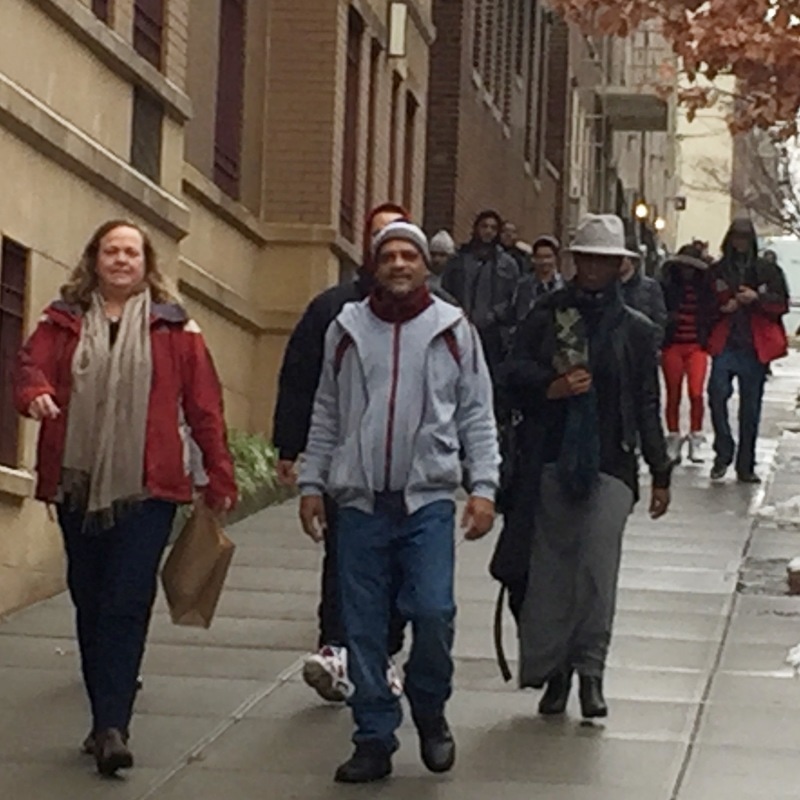 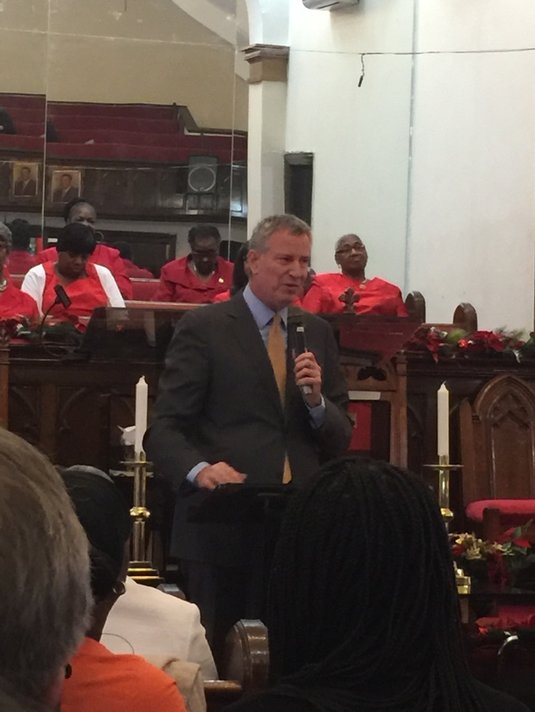 NEW YORK CITY  PROJECTS
SPECIAL THANKS TO GABRIEL AND SARA MORENO  TABLEAUX -MULTI MEDIA  ITS A GREAT HONOR FOR SHOCK ENTERTAINMENT  TO BE  OF PART : HEALTH # NOT62   NYC
It is with great honor that we share the good news that the #Not62 Campaign Videos we produced (Tableaux Multimedia) for the City of New York were selected to be showcased in the American Public Health Association (APHA) Film Festival in Denver Colorado. A special thanks to everyone involved in the #Not62 project. These videos were also showcased in some New York City movie theaters! Most of all, we would like to thank God for all of His blessings. 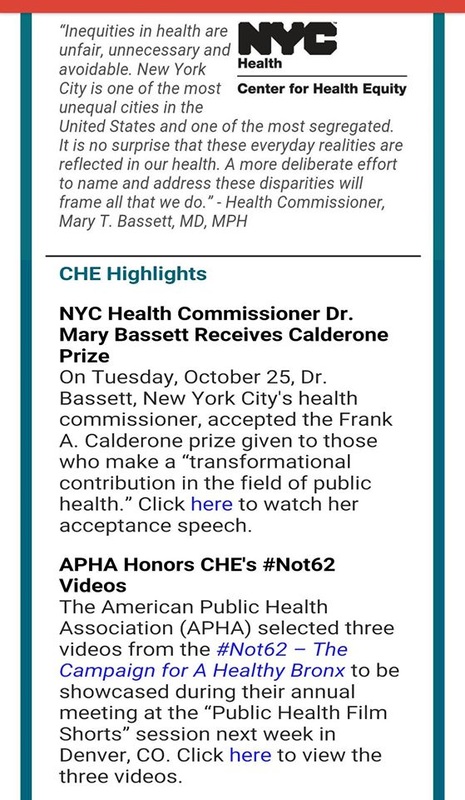 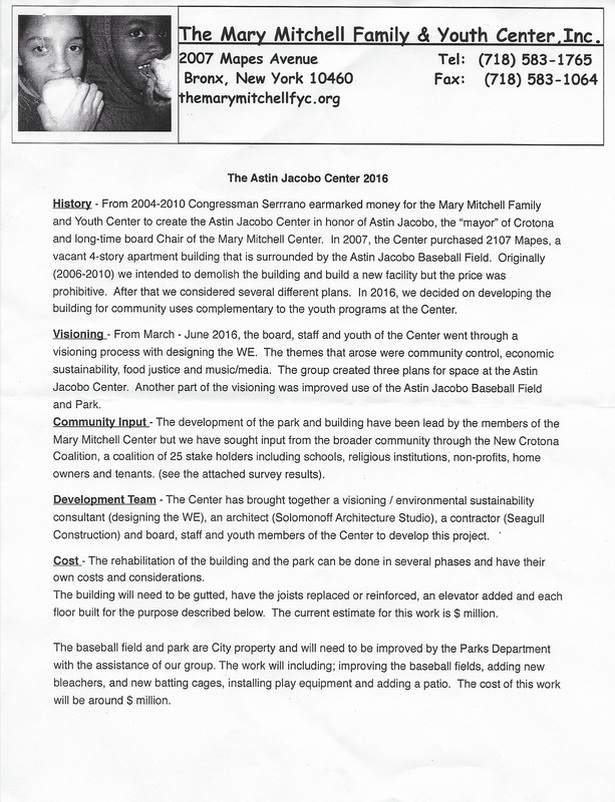 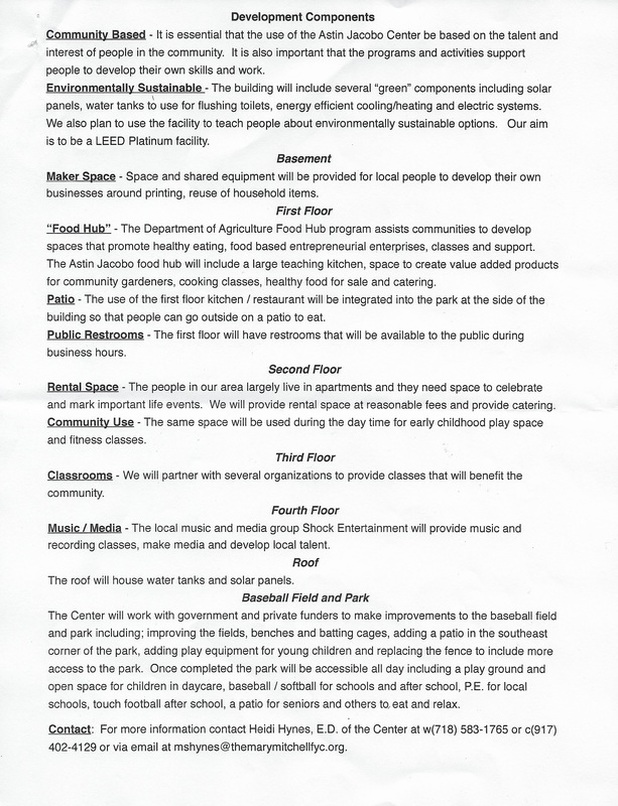 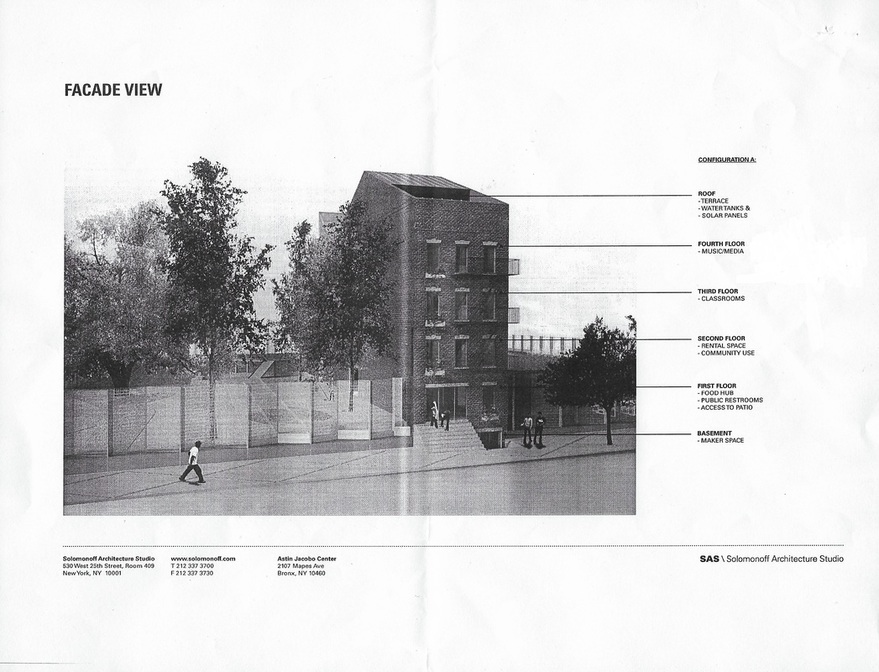 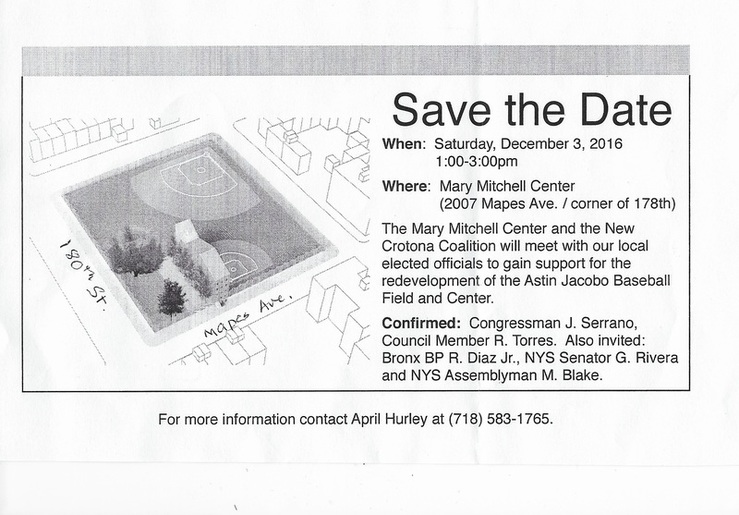 EARLY YEARS 1980 BRONX
Established in 1982, the LaGuardia and Wagner Archives collects, preserves and makes available materials relating to the history of New York City in the twentieth century and beyond, with an emphasis on the Mayoralty, The Council of the City of New York and the Borough of Queens. The Archives, located at La Guardia Community College/CUNY, is the repository of the Papers of Mayors Fiorello H. LaGuardia, Robert F. Wagner, Abraham D. Beame and Edward I. Koch, the records of The Council of the City of New York, the New York City Housing Authority​
Biography of Mary Mitchell
​IN LOVING MEMORY OF MARY MITCHELL
( JUL 10, 1917 - NOV 1983 )
By Louis Kenneth Brooks (Mary Mitchell’s grandson)
Mary Mitchell was born Mary Gladys White on July 10, 1917 in Bayonne, New Jersey. She was the only daughter born to her parents Delaney and Mary Etta White. She became Mary Gladys Mitchell after she married David Mitchell from North Carolina. Their union would bring forth their only daughter Gloria Delores Mitchell. Gloria would later become Gloria Delores Brooks after her marriage to her childhood Love, Louis Edmund Brooks. This union would bring form Mary Mitchell’s only grandson, Louis Kenneth Brooks. This grandson would extend Mary Mitchell’s family tree to five generations beyond her by fathering three sons, two daughters, and three step children.


“From One Came Many”
Mary Mitchell began her community service interest as early as the late 1960s. Like other racial conscience pioneers, she saw a need to help families establish public monumental in starting a number of community programs such as “The Bronx Action Committee, and Teen Town”. She was also the Co-founder of the “United Black Coalition”. She worked with a number of people such as Eula Rivers, Shirley Jones, and Ted Jefferson to initiate many programs.

Despite a great deal of opposition, and little to NO financial assistance or funding, she continued to forge ahead with new ideas and programs. Many of her achievements came from her own “out of pocket” contributions, and some neighborhood assistance. Her motto was “there are OUR children, so it is OUR responsibility TO MAKE THIS HAPPEN!” Her pride, determination, and quality (PDQ) made ALL the difference in accomplishing her goals.

In 1964, Ms. Mitchell in a joint effort with “The Police Athletic League”, (better known as PAL) established a summer recreation program that took place on neighborhood streets. Thus, the “Summer Play Street” was born.

The very first PAL Play Street was given birth on Mapes Avenue between 179th Street and 180th Street. The success of the play street was so huge, that the following summer several play streets were set up thru out the 5 boroughs of New York City. The history of thePAL Play Street carried on for several decades.

Mary Mitchell was also very instrumental in helping start summer youth job programs throughout the East Tremont and Crotona area. Children as young as 13 were able to earn an income by working in public summer school programs, recreation facilities, and the PAL Play Streets as recreational aids. For many of the kids who lived in the East Tremont area, their very first job was because of Mary Mitchell’s efforts to bring employment to the neighborhood. She also was instrumental in establishing the “summer free lunch program”.

This program provided free breakfast and lunch to many neighborhoods that did not have a means to give a decent meal to families in need.

Mary Mitchell was an inspiration, and an instrumental provision for an entire community and to the children who were embraced by her devoted and tireless effort to make a difference to their lives and their community. We owe a debt of gratitude to her for ALL that she gave. The Mary Mitchell Family and Youth Center is not just a place of establishment, it is a sanctuary of Love, Peace, Equality and the commitment for a better way of LIFE. . .

Mary Mitchell passed on in November 1983, but her legacy and work continues to live on through the Mary Mitchell Family and Youth Center, her family, and the many children whose lives she touched during her presence here on earth.

By Astrid Jacobo
“It is my duty and responsibility to serve my community, others have paved the way for me to get here and now is my turn”. Astin Jacobo lived by this statement and served every community where he lived as a duty to his people.

Astin Jacobo was born on a sugar cane plantation in the Dominican Republic, he learned very early to fight for his rights and the rights of others. His community work began in Consuelo, Dominican Republic in 1951 helping the Catholic Church develop and organized the community. He was involved in improving housing conditions, and providing family, sports and youth leadership programs.

in 1966 he became a scout for Huston major league team. ‘Jacobo’ as he affectionately called, had to escape the Dominican Republic because of his involvement as a union organizer. He had to flee his country unexpectedly and leave his family behind. The government considered him a communist because he believed in the rights of the people. He spoke against the government and organized the people in protests and job actions. He did not stand down to the government even though it almost cost him his life. The Catholic Church helped him escaped to Canada and later he immigrated to the United States.

He came to the United States in 1970. Although he did not speak the language as well as the people in the community, the strength of his convictions prompted him to get involved with the people in his community almost immediately. He began by getting involved with sports via youth programs. He worked as a janitor for Saint Martin of Tours, a local Catholic Church that he asked to allow him to open the gymnasium to create a place where young people could go and play in order to be out of the streets. He was president of the Crotona Community Coalition for 25 years. Under his leadership, the community transformed

As a visionary leader, he believed that the family unit is the center of the community. Jacobo understood that nurturing the family and its needs would have a positive impact on decreasing crime and violence in the community.

Housing was a big issue. He begins to fight for rent control, heating of the buildings, and renovation of the apartments. Next, Jacobo redoubled his efforts to find places and activities to involve the youth, keep them away from drugs. As he expanded his vision, he and his staff had to explore external community organizations and people that would help them obtain their goals.

The Coalition reached out to politicians, private and public industries and any one else who benefits from the community. Through his leadership and that of the Crotona Community Coalition, the community received a 3 million dollar grant from Mayor Koch and the organization was able to build its first ballpark and maintain a sports program.

Through the years the community has built two more parks with additional grants obtained by the Coalition under Jacobo’s leadership. The Crotona Community Coalition began to buy buildings and build affordable housing. One of his big dreams for the community was to build a community center. He was able to help create the community center called the Mary Mitchell Center, which has been open since 1998. This Center is the epitome of Jacobo’s primary goal of keeping the youth off the street and away from drugs.

Jacobo always wore a green baseball cap, which has become a symbol of his mission. As authentic leader he had “the integrity to walk the talk and talk the walk, self-awareness of his feeling and actions, sensitivity and empathy toward and in relationship to the community” 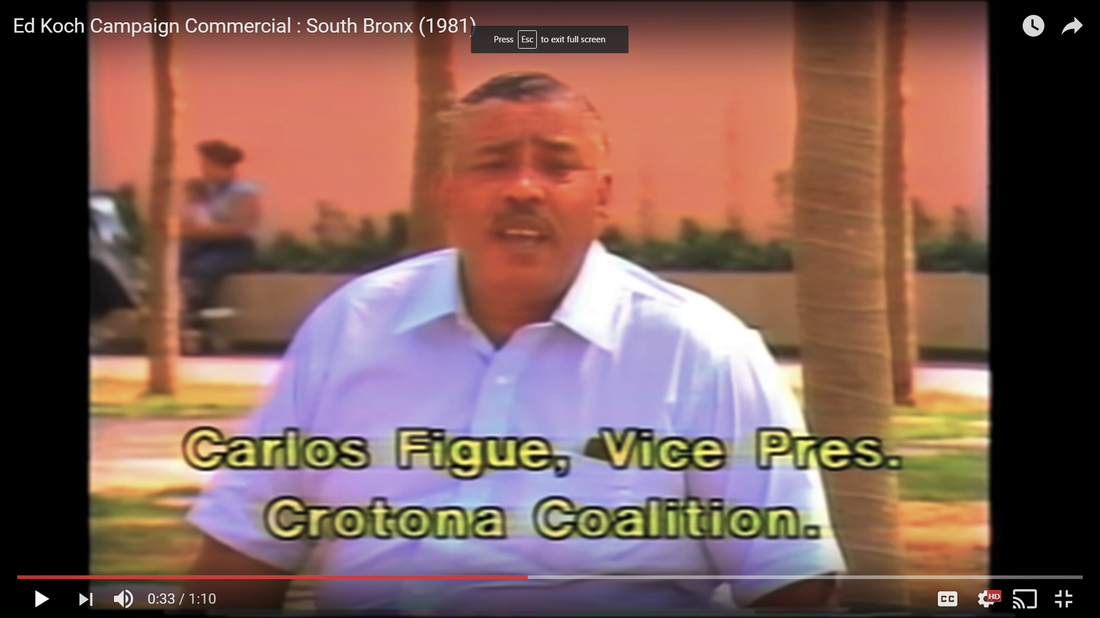