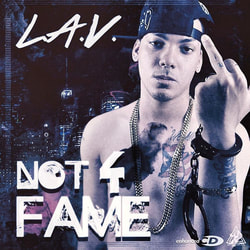 Due to a high demand for my music, every time after a performance... I have decided to re-release my first mixtape to the public for a #LimitedTimeOnly... Now I can give my listeners something to take wit them every night after a kick ass show. #Ya2Sabe

L-A-V is a Bronx-bred, PuertoRican-American Underground Hip-Hop artist, with a dark style that intimately details his past, present and future of tragedy and triumph. Most notably and recently, L-A-V opened for Duck Down Records' own Sean Price and Coney Island wordsmith Nems and has officially become a member of producer and engineer LordPhat's (whose credits include Joell Ortiz, !llmind, Fred The Godson, Saigon and PostaBoy) Mixing Chemicals Music imprint as well as the first emcee to be picked up by Felipe Figue (whose credits include La India, G-Force, FREAK, Gemini Keez, and Daniel and Danny Mercado) his Shock Entertainment label.

With his buzz heightening as a result of successful showings in local showcasing events throughout the city; L.A.V. appeared on Video Music Box, displaying an incomparable skill during the first installment of 16 Bars--Just Gimme The Mic Cypha, hosted by Debra “Coco” Slater and “Uncle Ralph” McDaniels.

Adding to his resume, L-A-V has been a guest on Bizarre's World Radio show, (hosted by the legendary Bizarre of Shady Records Rap Group D-12), receiving a quotable co-sign from the veteran:

“You remind us of an early Dirty Dozen. Now it's time for you to get to the next level.”

And that's exactly what L.A.V. intends to do, winning Third Place on Amateur Night, at the Apollo Theater on May 7th, 2014 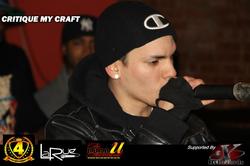 Just had one hell of a session wit Michael Jimenez, Felipe Figue and the lead singer from all-blind ‪#‎SalsaGroup‬ Los Ciegos Del Barrio. Smh. U have no idea how good the track came out. ‪#‎Epic‬


First off... I wana thank everybody for their love n support. Ya all have voted for me faithfully, and as a result, I have the #1 Rap Video and the #2 Latin Music Video on the Indie Charts. Eventho I personally really wanted to be greedy, lol, I cannot help but to still remain grateful for my blessings and for my listeners. I love u all. And for those that have inboxed me their music, DONT WORRY, LOL I WILL GET TO IT. But Im only gona share it if I like it.‪#‎Integrity‬ ‪#‎Respect‬ ‪#‎SupportIsTheNewLove‬ ‪#‎ThankYou‬ #1 and #2 ‪#‎Ya2Sabe‬
Here is my first national television appearance, uploaded on YouTube. My ENTIRE episode ofCaso Cerrado - TelemundoTU ERES LA UNICA MUJER QUE ME PARA EL BICHO! Lmao ‪#‎Telemundo‬ ‪#‎Ya2Sabe‬
https://youtu.be/Ya9UFap4BfQ
NEW HITS!!! SOON!!!
BUY NOW !! AT OUR ONLINE STORE!!